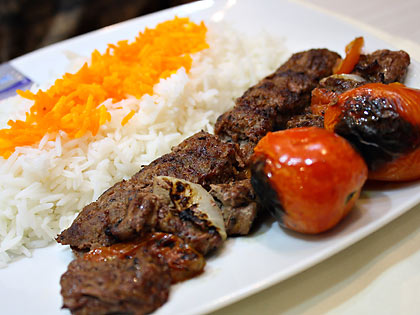 Food for us is an important part of experiencing a travel destination. We enjoy travel and food but sometimes too much of the latter. Food adds richness to our memories of a place and over time we've developed a pretty adventurous taste as we sampled a wide range of gastronomic fare.

We normally prefer to eat at home but whenever we travel we always look forward to sampling a particular destination's cuisine. Our first overseas trip was to the Middle East and our first meal was in a Filipino restaurant because we were a bit apprehensive about trying Middle Eastern food. Fortunately our Filipino guests took us to a variety of Arabic and Indian restaurants and to our surprise we ended up really enjoying the experience. We're raving fans of Middle Eastern and South Asian cuisine ever since and have become more adventurous with food. 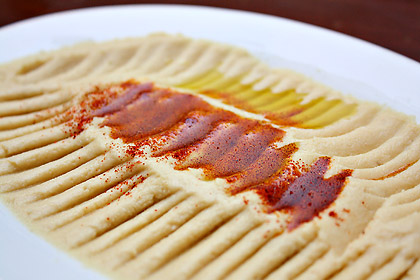 Hummus dip on a plate; this is normally served with pita bread.

As dedicated shoestring travelers, however, we realized we need not go to expensive restaurants for the best in travel cuisine. Some of the best dishes we've sampled were literally from the streets. Asia is home to some of the best street foods in the planet. Our street culinary adventures in Bangkok, Chiang Mai, Jakarta, Hanoi and Ho Chi Minh City are proof enough of this. We even got to enjoy Sabrett hot dogs on New York's busy streets. 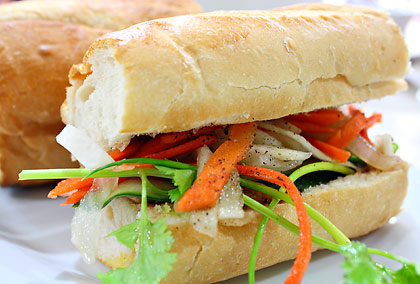 And then there's exotic food. As a native of Pateros, home of the famous balut, Leo is no stranger to strange food. To our surprise though we discovered that balut did not originate from the Philippines but seems to have come from China and spread to such places as Vietnam and Cambodia, perhaps even before southern Chinese immigrants took it with them to the Philippines. We even ate a Vietnamese balut made from quail's egg. 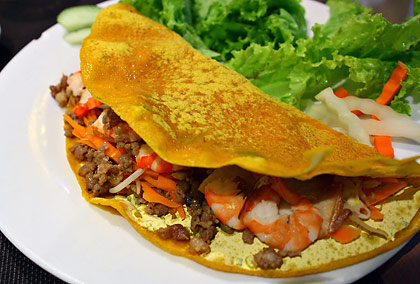 Some of the stuff we tried weren't that bad – many were actually edible and some even tasted good – such as deep fried locusts in Thailand and dog meat cooked rendang-style in Indonesia. But we could only go so far when it came to eating scorpions and huge cockroach-looking bugs (perhaps they were really roaches after all).

So join us as we embark on a journey of culinary fun and adventure: