Bag of Beans Through the Years 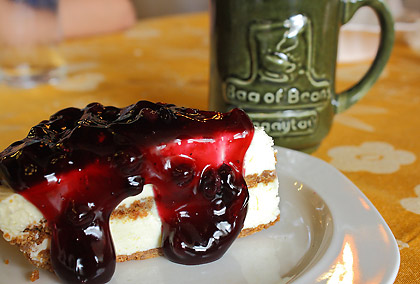 Nina and I were traversing the length of Aguinaldo Highway just after the Mendez intersection in Tagaytay, looking for a place to have coffee when we spied what looked like a bakery with a café's name.

Curious, we parked the car, hopped inside and found out that while Bag of Beans was selling baked goodies, they also had an open café at a garden several steps below the highway. We instantly got attracted to the verdant setting that also had a nice bucolic charm to it. Soon we were happily sipping cups of Batangas barako coffee with freshly baked bread and shepherd's pie (their specialty even back then). 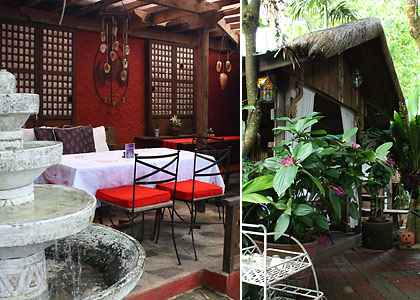 Since that initial visit in 2002, we've returned a few more times to Bag of Beans and, except for the time we were in California from 2006 to 2008, have not failed to make it to the place at least once a year. In the process we have seen Bag of Beans transform through the years from a quaint, little-known bakeshop into a popular café and restaurant with expanded seating that it is today. 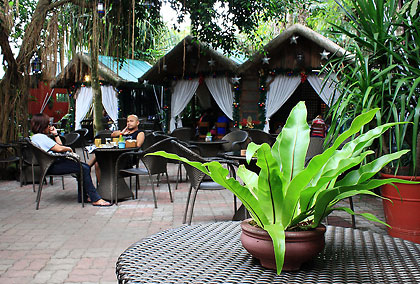 My latest visit this 2011 indicated just how far Bag of Beans has gone with several new dining facilities while still retaining its rustic ambiance. The menu has since expanded from coffee, bread and shepherd's pie to breakfast and dinner items. Their breakfast sampler of pancakes, hash browns, eggs, sausages, ham and bacon reminded us about the same fare we usually had at Denny's in California. Our only complaint was the throngs on weekends, a sure sign of its popularity these days. 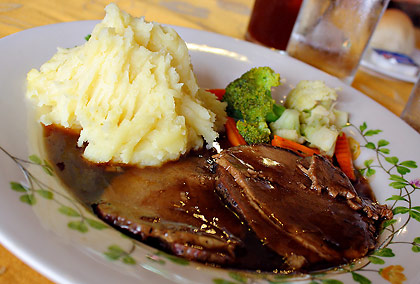 I didn't have Nina with me on this trip where I essentially acted as a driver for my mom, sisters and nephew. A meat-eater, my 11-year old nephew immediately went for the roast beef and mashed potatoes, then quickly realized he had bitten off more than he could chew. With three thinly-sliced pieces of beef coated with a flavorful sauce, vegetables, mashed potatoes and gravy on the side, this dish is not for people with a small appetite. 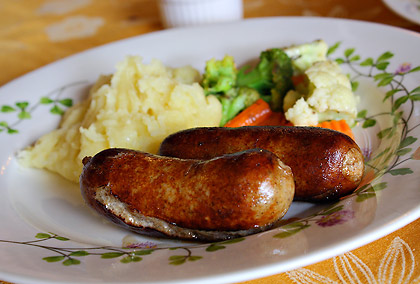 I went for the sausages (also with vegetables and mashed potatoes) and, even though I wasn't expecting much, was pleasantly surprised that it was tasty and juicy. It's definitely not the same sausage they used for their breakfast sampler. 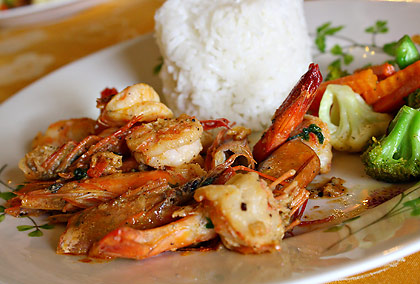 My mom got the Chicken Ala Kiev while another sister ordered garlic shrimps (they do have a few seafood dishes including Norwegian salmon, tuna and blue marlin; I even had mahi-mahi two years before but it's now gone from the menu). The latter turned out to be delicious although the Chicken Ala Kiev seemed to be lacking something. 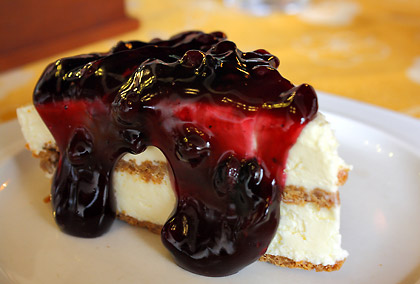 I had a cup of good old house blend coffee afterwards while we all shared two orders of blueberry cheesecake. A single order was a little bit on the larger side so we decided we'd better share a single order between two people, although my nephew can easily polish off a whole order if unrestrained.

I wanted to take a nap afterwards even with the coffee already in my system; such was the effect of the food and dessert. But driving home that day I couldn't help but think that there wasn't one visit I made to Bag of Beans these past 9 years where I didn't head for home a contented man.

More dishes from Bag of Beans: 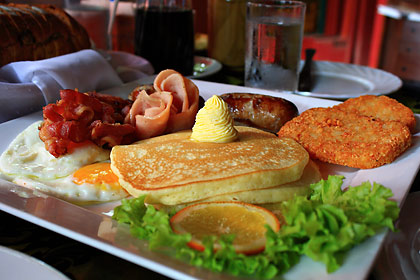 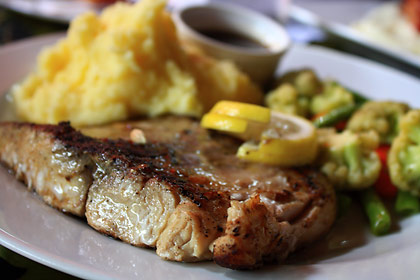 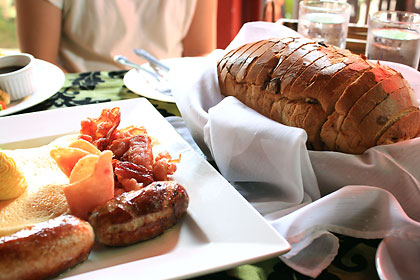 More about travel and food: